Guitarist Paul Crook (Sebastian Bach, Meat Loaf) – who played with Anthrax from 1995 to 2001, appearing on the albums Stomp 442 and Volume 8: The Threat Is Real; although he never became an official member – took to social media earlier today, August 14, with the following admission:

“I feel good talking about it now…

At the beginning of June, Anthrax asked me if I would agree to dub Scott Ian, Frank Bello and Jonathan M Donais in case one of them couldn’t perform during their summer tour with the Black Label Society.

A lot of tours/shows get canceled due to the obvious, I feel like stunt doubles are going to become commonplace.

The guys had a health issue that started in Texas… I joined the tour in Atlanta shortly after.

That said, Anthrax is firing on all cylinders. The show is amazing. I am coming back home.”

Catch Anthrax live with Black Label Society and Hatebreed on the following shows: 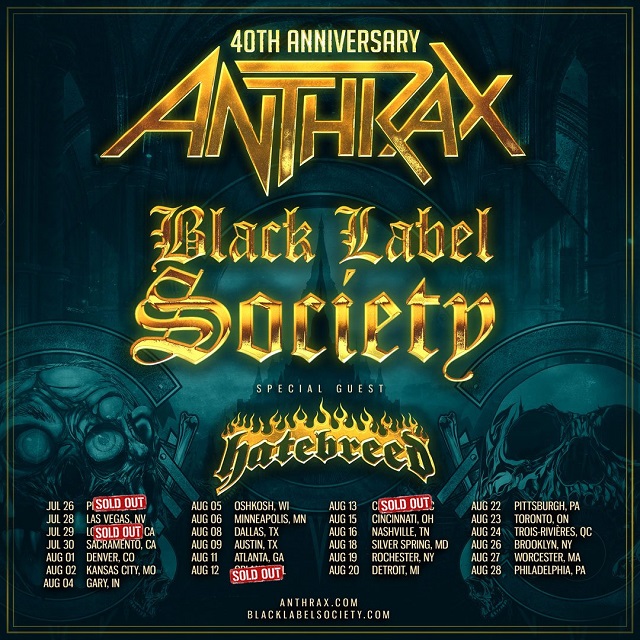 House ONT Update – Fenuafala Island Tour Fenuafala is an islet located on the westernmost part of the reef off the main island of Fakaofo. Fenuafala is the second settlement of Fakaofo, the main settlement is on Fale islet about three miles east of Fenuafala. In July, a delegation tour around the islet initiated by […]

Vera Blue is back with a host of details on her long-awaited second album – titled ‘Mercurial’ and due out next month – alongside the announcement of a seven-date nationwide tour. Arriving more than five years after its debut, 2017’s “Perennial,” the new album is set to be released on October 28 via Island Records/UMA. […]